Home products and kitchen wares company Williams-Sonoma Inc. has agreed to stop making false, misleading, or unsubstantiated claims that all of its Goldtouch Bakeware products, its Rejuvenation-branded products, and Pottery Barn Teen and Pottery Barn Kids-branded upholstered furniture products are all or virtually all made in the United States.

As part of the proposed settlement, Williams-Sonoma is required to pay $1 million to the FTC.

“Many of us want to buy products that are made in the USA, and we trust companies like Williams-Sonoma to tell us the truth,” said Andrew Smith, the Director of the FTC’s Bureau of Consumer Protection. “When a company falls short, we will hold it accountable.”

According to the FTC’s complaint, Williams-Sonoma deceptively claimed in advertisements and promotional materials that certain categories of its products were all or virtually all made in the United States.

In 2018, the Commission received reports that Williams-Sonoma claimed in ads and promotional materials for Pottery Barn Teen organic mattress pads that those products were “Crafted in America from local and imported materials.” When consumers purchased the mattress pads, they discovered that the pads, in fact, were made in China, according to the complaint. Williams-Sonoma quickly corrected the country-of-origin information for the mattress pads, and agreed to comply with the FTC’s requirement that it undertake a larger review of its country-of-origin verification process. Consequently, on June 13, 2018, the FTC staff issued a letter closing the investigation.

The FTC alleges that since the closing letter was issued, Williams-Sonoma has made misleading claims that all Goldtouch Bakeware, Rejuvenation-branded products, and Pottery Barn Teen and Pottery Barn Kids-branded upholstered furniture products, including raw materials and subcomponents, were all or virtually all made in the United States. These claims include: 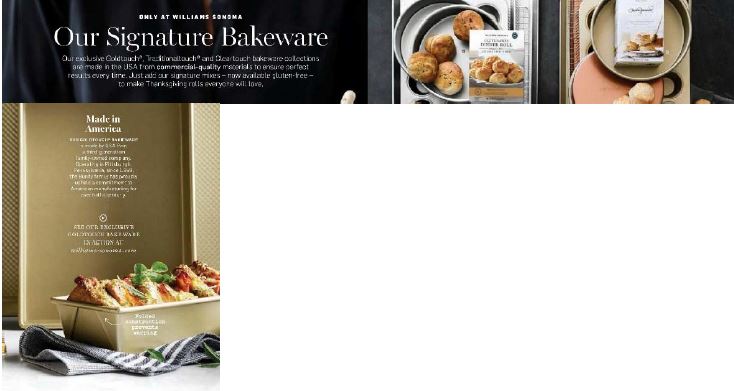 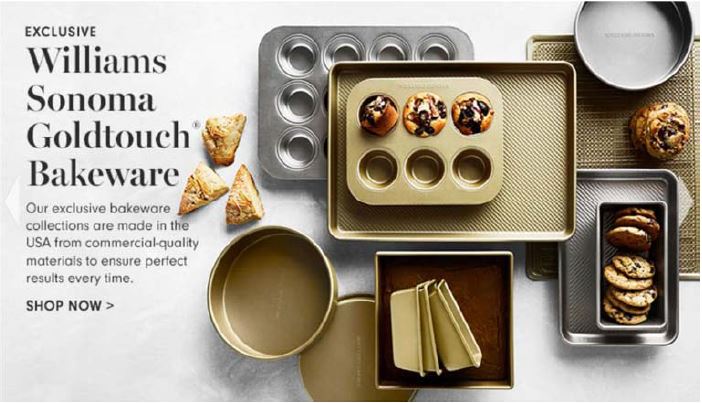 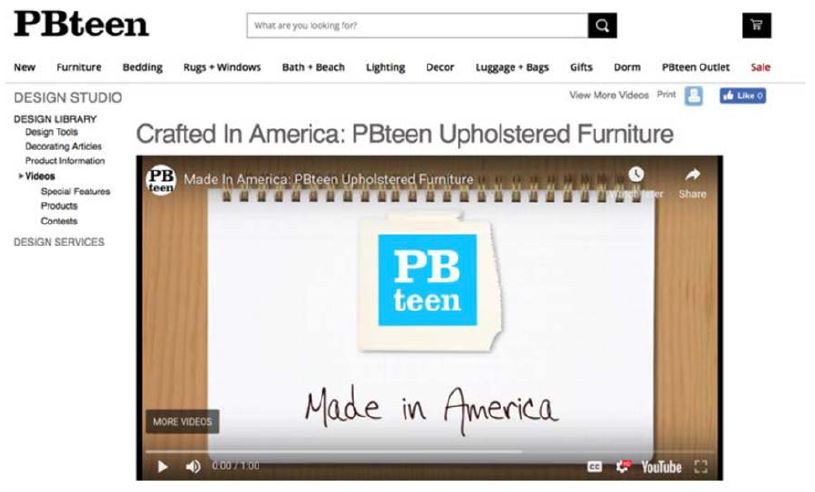 In fact, according to the complaint, numerous Goldtouch Bakeware products, Rejuvenation-branded products, and Pottery Barn Teen and Pottery Barn Kids-branded upholstered furniture products are wholly imported, or contain significant imported materials or components. Therefore, Williams-Sonoma allegedly deceived consumers with its broad claims that all items in these product lines are all or virtually all made in in the United States.

The order also prohibits Williams-Sonoma, its officers, and any other company representatives from making untrue, misleading, or unsubstantiated country-of-origin claims in their marketing materials about any product or service.

The Commission vote to issue the complaint and accept the proposed consent order for public comment was 5-0. The FTC will publish the consent agreement package in the Federal Register shortly. Instructions for filing comments appear in the published notice. Comments must be received 30 days after publication in the Federal Register. Once processed, comments will be posted on Regulations.gov.

NOTE: The Commission issues an administrative complaint when it has “reason to believe” that the law has been or is being violated, and it appears to the Commission that a proceeding is in the public interest. When the Commission issues a consent order on a final basis, it carries the force of law with respect to future actions. Each violation of such an order may result in a civil penalty of up to $43,280.

The Federal Trade Commission works to promote competition, and protect and educate consumers. You can learn more about consumer topics and file a consumer complaint online or by calling 1-877-FTC-HELP (382-4357). Like the FTC on Facebook, follow us on Twitter, read our blogs, and subscribe to press releases for the latest FTC news and resources.